An investigation for manslaughter is underway in France today after a migrant believed to be in his 20s died following a sinking boat in the English Channel.

The man, who has not been identified, was among 36 people including families on board the boat when it got into trouble about 13 miles off the coast of Dunkirk.

He was pulled unconscious onto a lifeboat by the crew of a cargo ship that passed around 10 a.m. yesterday and airlifted to hospital in cardiopulmonary arrest, but died.

Others from the sinking vessel were hauled aboard the helicopter while others were rescued by nearby fishing boats.

Charities said the death was a “sobering reminder” of the hardships faced by refugees and should be a “wake-up call” for Interior Minister Priti Patel.

This year, more than 10,000 people made the perilous crossing in small boats, with crossings in 2021 having already eclipsed last year’s annual total of 8,417.

In a separate incident, a group of around 12 migrants wearing life jackets were seen crammed onto a small boat in the English Channel on Wednesday before being rescued. 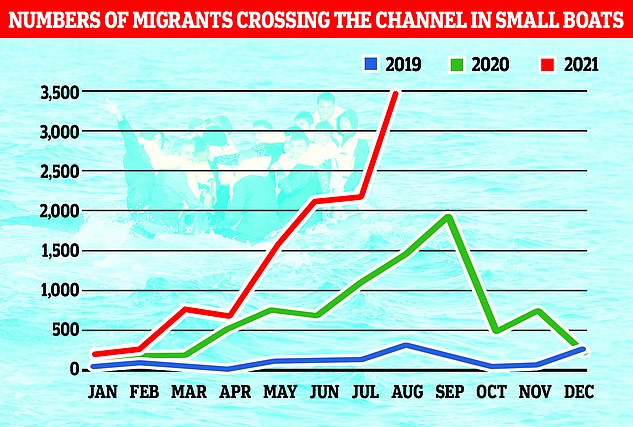 A border force source in France said: “The cargo ship Elena reported as many as 40 migrants at sea. They were all on a fragile boat that was reportedly supplied by smugglers before it sank.

“A search and rescue operation was launched, and it included the fishing boats Nicolas Jérémy and Notre Dame de Boulogne, as well as a fast rescue boat from the Elena.”

Cases of Covid-19 have again been identified in a military barracks used to house asylum seekers, several months after a major epidemic in the camp.

Four dormitory blocks are isolated after the discovery of three cases of the virus at Napier Barracks in Folkestone, Kent. 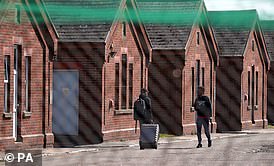 Nearly 200 people at the site contracted coronavirus earlier this year, leading to accusations that health advice was ignored.

The site has been harassed by allegations of poor conditions in communal dormitories, with inspectors calling an isolation block “unsuitable for habitation”.

The Home Office again insisted yesterday that it would be an “insult” to suggest that the Napier barracks are not “adequate” for asylum seekers.

The new transfers to the barracks were halted after a High Court judge in June concluded that accommodation did not meet minimum standards, but resumed about two weeks ago.

The number of people on the site, which offers dormitory-type accommodation, is around 230.

The department confirmed those who tested positive have been removed from their dormitories but could not say if others are self-isolating.

Questions have also been raised in recent weeks about the future of the Defense Ministry-owned site, with MPs and peers saying it could be used to house asylum seekers for “a few more years.”

“The French NH90 helicopter hoisted a number of men on board, as did the other vessels involved,” the source said.

“One of the men was unconscious when he was transferred to the Flamant, so he was rushed to Calais hospital by helicopter, but he did not survive.”

The Dunkirk prosecutor’s office has opened an investigation for manslaughter, endangering the lives of others and trafficking in human beings.

At least 155 people were intercepted by French authorities and returned to the mainland yesterday.

The Home Office has yet to confirm how many people made it through the Strait of Pas de Calais to the UK yesterday, but a number of boats have reportedly landed on Kent’s beaches, with more than 100 people who would have arrived.

The deceased man has not yet been publicly identified, but the prosecutor’s office said he was between 25 and 30 years old and of African descent.

The prosecutor confirmed that 36 people, including families, were on board the boat when it entered into trouble in the English Channel on its way to the UK.

Steve Valdez-Symonds, Director of Refugee and Migrant Rights at Amnesty International UK, said: “We are deeply saddened by this loss of life and our hearts go out to the family and friends who have lost a loved one.

“The Home Office must take this as an urgent wake-up call.”

Lisa Doyle, Director of Advocacy and Engagement at the Refugee Council, said: “This tragic loss of life is a sobering reminder that the odds are against ordinary men, women and children, who struggle desperately for safety and protection. “

And Home Office underground threat commander Dan O’Mahoney said: “This loss of life is a tragedy and we are supporting our French counterparts who are leading the response.”

“It highlights the terrible dangers of small boat crossings and why we must work with the French to prevent callous criminals from exploiting vulnerable people.”

The Channel crisis has already claimed many lives. Last October, Rasoul Iran-Nejad and his wife Shiva Mohammad Panahi, both 35, drowned on the French side of the Channel with their three young children. 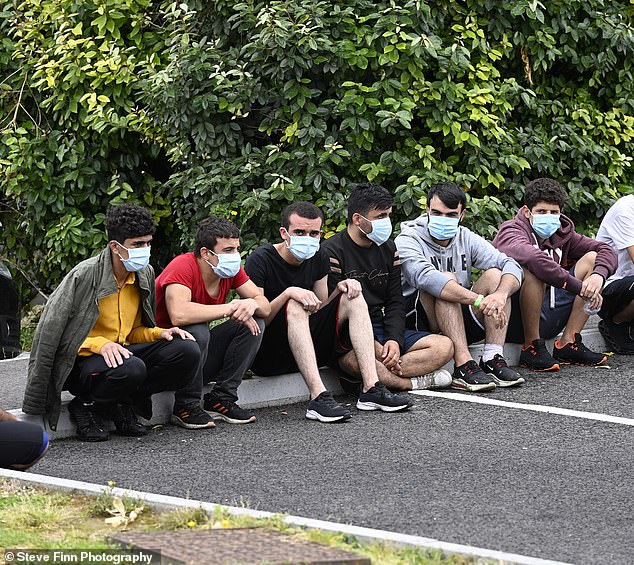 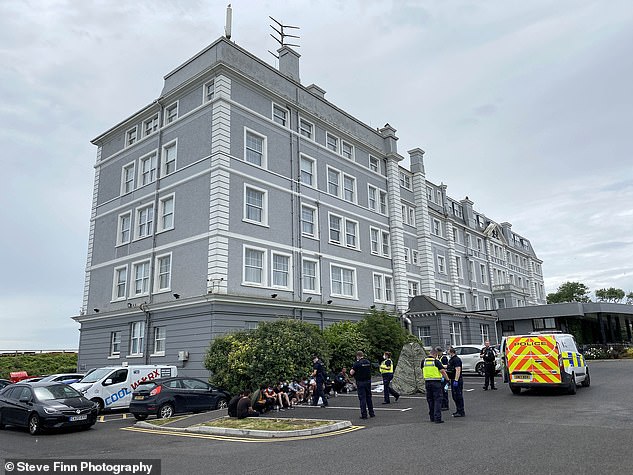 Their 15-month-old son Artin was reported missing in the wake of the tragedy and it was not until June of this year that police confirmed that a body found on the Norwegian coast was that of the young boy.

Yesterday, more than 100 arrivals were recorded – but the numbers have yet to be officially confirmed.

The incidents included a black inflatable boat landing on Hythe Beach, 12 miles west of Dover. The boat arrived directly in front of Hythe Imperial Hotel on the waterfront around noon.

About 20 young men reached the shore in front of perplexed day trippers and beach goers. An arrival gave a “thumbs up” sign to a photographer who was watching as he arrived.

Meanwhile, in Dover, authorities used a stretcher to transport a woman from a docked border forces ship ashore.